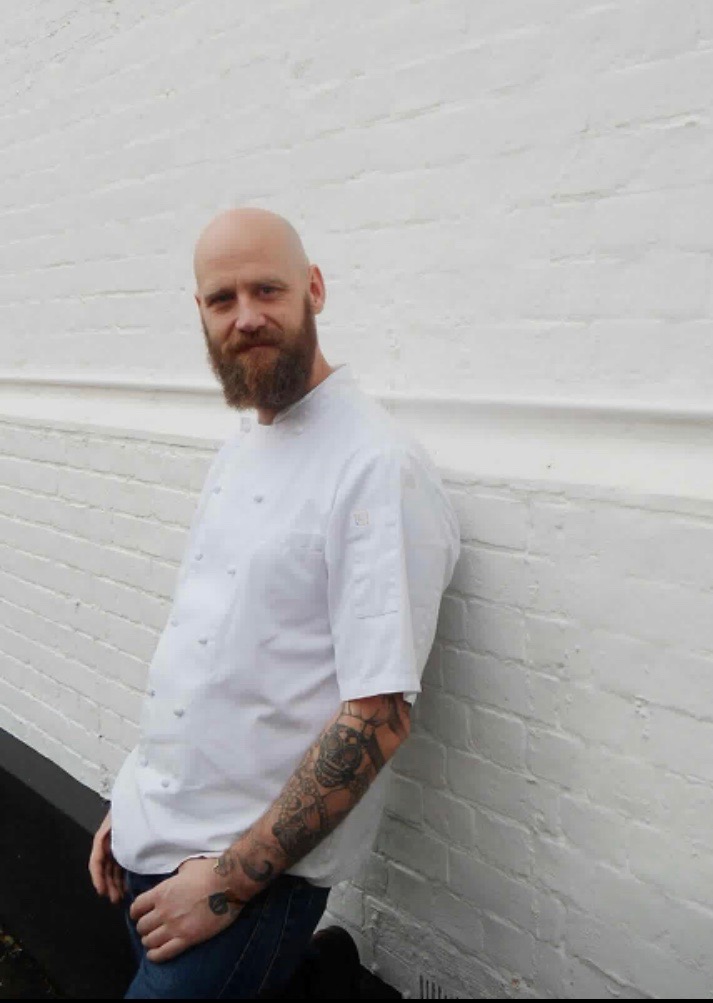 Why taster menus are good for arguments

I was delighted when Mr Eat and I stepped out of our front door on 9th Feb, a date night, to walk to the High Street, safe in the knowledge that we had several places to choose from for a pre-dinner drink. How cool is that: “several places to choose from”? The Old Fire Station was open, we had The Beer Seller, Fuggles, we could’ve popped into El Mariachi for a quick cocktail …

We settled on The Beer Seller as Mr Eat hadn’t been since it’d opened and he was amazed at what he saw – the decoration, the size of it, how busy it was! We had a couple of drinks, lovely convivial chat, and then a little saunter up the road to the dazzling corner stone of Big Bridge and one of the most recent additions to the High Street, Verdigris.

I had been to Verdigris a few times but only for drinks so I was very excited about dining there. I am a fan of chef Scott Goss and his amazing creations, and was eager to discover what he was going to deliver from his new kitchen. I was not disappointed. I was disappointed with the chat though.

After an obligatory Verdigris cocktail at the bar, we chose the very appealing Scott Goss taster menu. Sitting down at our corner table, awaiting our first course, the bickering started.

But let me tell you about the food first. It really was incredible and as we dined on the likes of baked potato mousse, savoured exquisitely cooked duck and then pigeon, and revelled in the amazing desserts (the lemon and passion fruit meringue is to die for), I mused on how lucky we are in Tonbridge to have such a fine dining establishment on our High Street.

Sadly they’d run out of oysters which was a real shame but we had a delicious celeriac and egg dish instead and my only other gripe would be the number of covers. We really did feel crammed in and it was so noisy that at times we couldn’t hear what the serving staff were saying. It was an expensive evening for us yet I didn’t feel as though we had had a ‘dining experience’. We’d enjoyed creative, delicious food but the setting didn’t match. I mentioned this to Scott who acknowledged the point, said that the team at Verdigris was aware and that changes were afoot with regard to the number of covers. Let me know how you found it if you’ve been…

As for our bickering, well it continued throughout the evening. The dishes punctuated our argument, providing some light relief from the sniping. It really was quite amusing: one minute having a go at the other and then oohing and aahing over the next dish brought to the table the next!

We are still married (!) and putting the marital disputes to one side, we had a lovely evening. I would highly recommend Verdigris and urge you to visit. The team want Verdigris to become a ‘destination’ meaning that people will travel to dine there. I feel very smug that it’s on my High Street.

Pat-a-cake, pat-a-cake, baker’s man, find me a job as fast as you can!

A brief blog about beer!

Dry Jan is over and here’s a great way to celebrate!

Forget brunch, these are the next big thing!

The landscape of Tonbridge is changing – just a little