An EAT Tale: Step into the unknown – who knows where it’ll take you 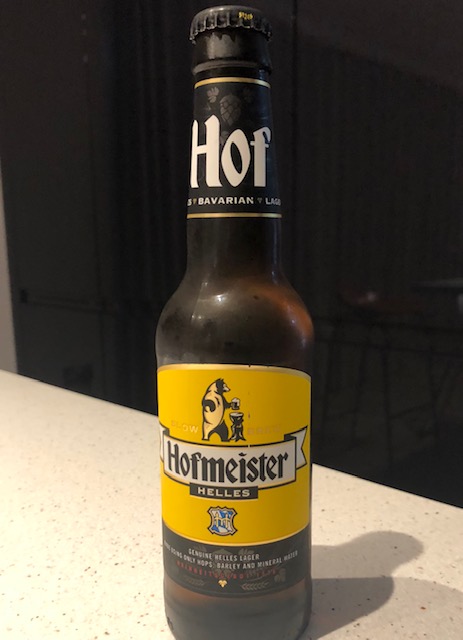 Once upon a time …

My first blog of 2019 and I’ve been thinking about this one since about November when I met the ‘subject’ in Verdigris where it’s now stocked. And the reason this story really resonated with me is because the protagonists identified a gap in the market and went for it, which I kinda did with this blog.

It’s three years ago this month since I went on a course to help me start a business (a free one run by the lovely Jane Knight at Successful Mums www.successfulmums.co.uk). I didn’t know what I wanted to do but Jane’s course really inspired me. Another attendee was talking about blogging – blogging? I knew what it was but how could I make it happen?

At the same time, I identified that Tonbridge was on the rise and one way it might continue was if local people knew about local places to eat, drink and buy local produce. And so, no I didn’t start a business but I did step into the unknown and that’s how the Eat Around Tonbridge blog came about.

Pembury based Richard Longhurst and his business partner, Spencer Chambers, did something similar. They identified a beer sized gap in the market and went for it too!

Richard and Spencer had worked in the gifting & beverage industry for most of their careers and one day Spencer posed the question of what had happened to a beer from the 1980s called Hofmeister.

They did their research and recalled that Hofmeister had been branded as a Bavarian beer back in the day when acclaimed director, Oscar Wilde, told drinkers in his adverts to “Follow the Bear”, the beer’s ‘mascot’. They also assessed the current market and realised that the provenance of our food and drink is a hot topic, something many of us care about: there wasn’t a Bavarian beer on the market that was actually brewed in Bavaria, Germany.

Excited at their idea, they wrote to Heineken who owned the Hofmeister brand to ask if they could buy it and guess what? They said yes! And so their adventure into brewing began, an adventure which involved two novices travelling to Germany, visiting breweries and tasting beer in beautiful surroundings – in Richard’s words, they were “living the dream”.

They knew that they had to stick to the Bavarian beer purity laws of 1516 which dictate that beer from this region can have only three ingredients:

In the penultimate brewery that they visited (they visited a lot!), Richard and Spencer tasted the beer that is Hofmeister today – “the best beer we’d ever tasted”. Its ingredients are local spring water, local barley that the brewery malts itself and Bavarian hops. These three ingredients were then tweaked to create the Hofmeister taste.

Since then, the Hofmeister brand has exploded onto the UK beverage scene, receiving lots of attention thanks to its ‘80s fame and its return from hibernation and winning awards. Richard was chatting to me in Verdigris in his dinner jacket as he was heading up to London straight afterwards to the Quality Drink Awards where they won Best Lager of 2018 – another one to add to the mantlepiece!

Hofmeister is available bottled in Verdigris in Tonbridge and a few other pubs in the area and like their bear mascot, the brand is going from strength to strength – George the bear is no longer tethered in the logo, he’s enjoying a stein of Hofmeister too!

So the moral of the story is that if you have a good idea, why not explore it a little more and see where it takes you? You never know where you might end up.

Sincere apologies for the lack of images but the gremlins were in my PC today and I just wanted to publish a blog! Hopefully they’ll be fixed for the next blog.

What are you dreaming of right now?

There are wine trails through Australia, fromage trails around France and now …

Brunch for all the family – ✅