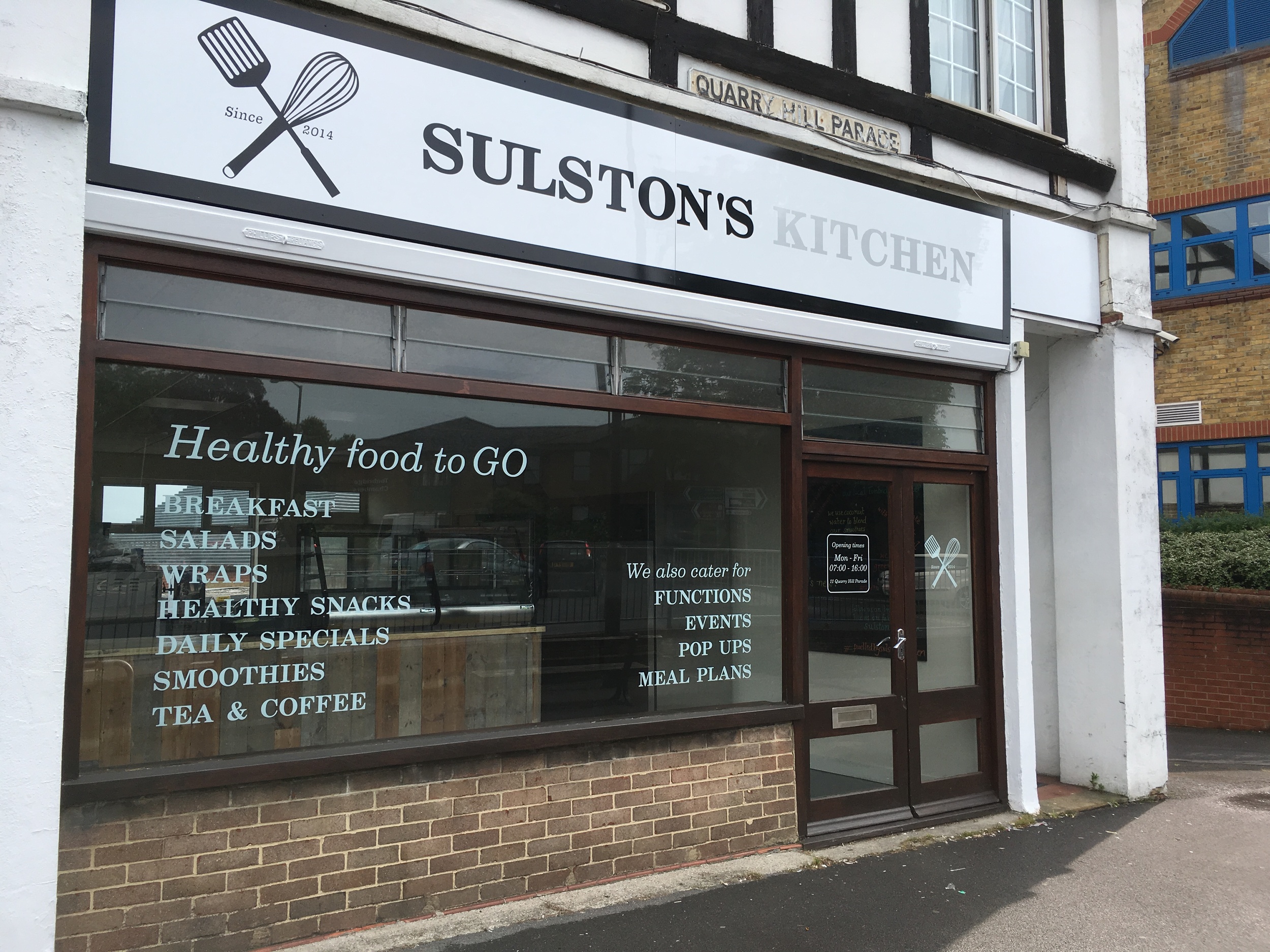 Following my interview with The Old Fire Station’s Richard & Sam, I’d like to introduce you to another foodie pioneer, Ben Sulston.  Tomorrow he launches Sulston’s Kitchen – look out Tonbridge, there’s a new takeaway in town.

Ben has two passions in his life: Brazilian ju-jitsu & food.  He is a Brazilian ju-jitsu champion, competing & training all over the world, and, being a bona fide athlete, he needed a diet to match.  Thanks to his varied culinary experience (award-winning restaurants, pubs & independent schools where he had to cook fresh food for hundreds of pupils every day!) and his knowledge of nutrition, he created healthy & tasty snacks & meals to fuel not only himself, but his team mates in training & competition – he became the Brazilian ju-jitsu chef.

Whilst training for ju-jitsu in Thailand, he was spotted by an Aussie ex-rugby player who was opening a café in Phuket.  Ben provided some advice on the menu and ‘The Shack’ in Phuket came about, the first piece in the Sulston’s Kitchen jigsaw where Ben remains creative director.

And this is what he’s hoping to replicate in Tonbridge, bringing Sulston’s Kitchen to Quarry Hill Parade (sadly he can’t conjure up perma-sun and amazing beaches).  Instead of an eat-in café, home made granola, wraps, salads & smoothies that have been carefully crafted that day to be tasty & packed full of goodness will be available to takeaway.  The price is comparable to similar products from high street regulars but the value for money will be so much more.  Ben is hoping that commuters will factor in a visit to his takeaway before they catch the train.

Ben places high importance on taste and providing people with choice, but Tonbridge is up there too.  He’s going to use local produce where he can, sourcing meat from butcher Ian Chatfield and fruit & veg from the guys in the Pavilion so when you buy from him, you’re supporting local producers & investing in the town.  “I like Tonbridge, it’s got a good buzz about it at the moment, it’s up & coming…lots of new things happening, lots of new things going on & it’s cool to be somewhere like that.”

This exciting chef’s plans for the future include 3 month meal plans to help make eating healthily as easy as possible (good VFM as well) and bespoke meal plans for the athletes amongst us.

But for now, athlete or not we all like good food so let’s support Ben tomorrow as he opens the doors on tasty, healthy eating in Tonbridge.

He opens at 7am (perfect for commuters) and will close when he runs out of food!

You can also find Ben on You Tube where he has some guides on how to make his healthy food. https://www.youtube.com/channel/UCJNMukAXTUM55UOVkO405fQ

What are you dreaming of right now?

Another Bank Holiday? Oh, go on then! + Father’s Day Prep