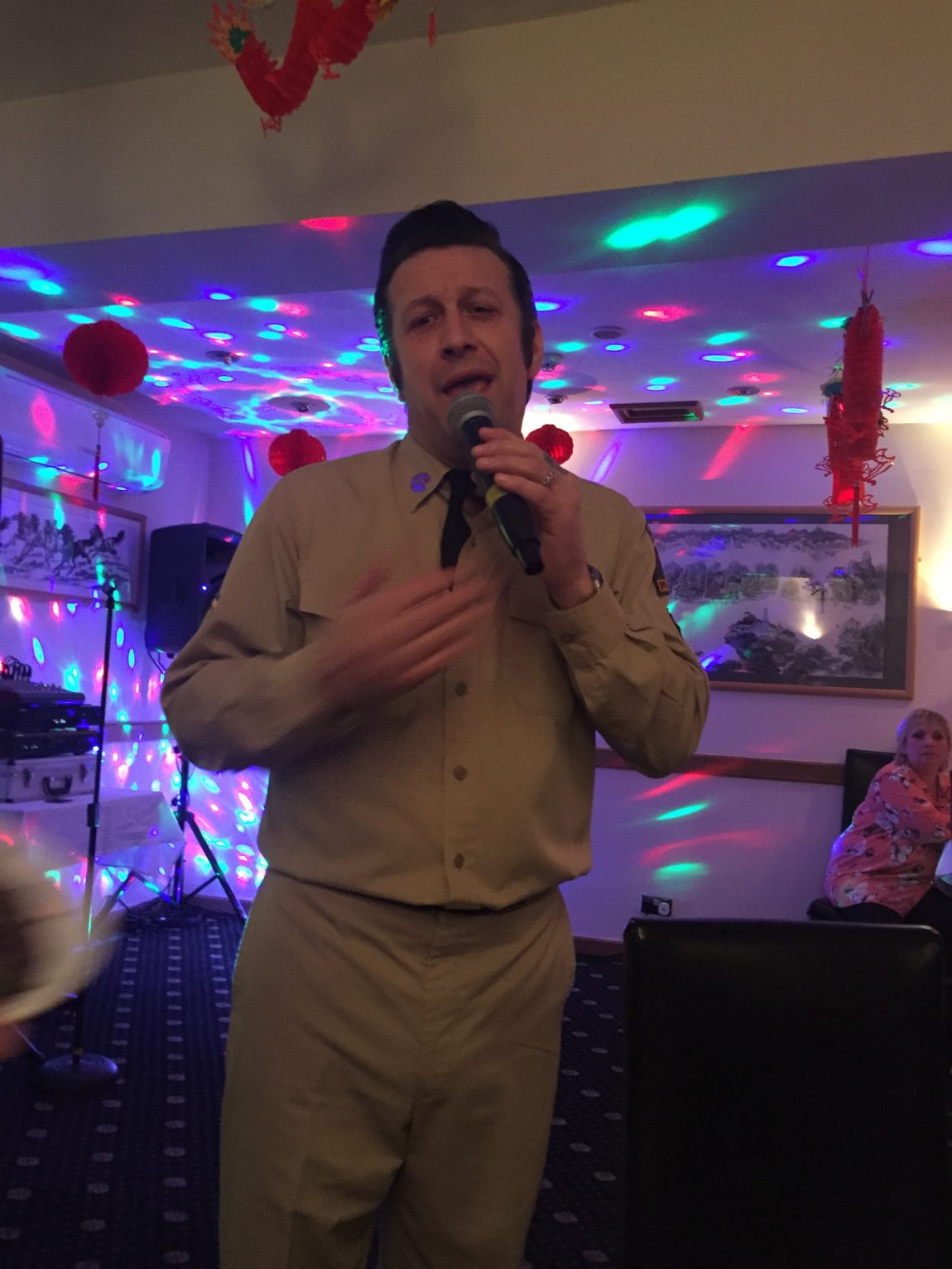 We were trying to organise a night out when my friend suggested we visit The Honeymoon for their Chinese new year celebrations and more importantly….Elvis!

I have to admit that I hadn’t been a fan of Chinese food after too many nasty nights out at Chinese restaurants in my youth with orange, gloopy sauce sticking to the meat.  But, I needn’t have worried…

And so, on a grey Thursday night in February, we stepped into Chinese new year at The Honeymoon, festooned with red lanterns and welcoming faces, tables of (mostly) ladies waiting patiently for The King…or at least The King impersonator.

There was a set-menu for veggies and meat-eaters which always makes life easier, doesn’t it?  The food was good, brought to our tables promptly (service was good all night): I loved the prawn toast & satay chicken for starters (there was also roast pork money bags and sticky plum spare ribs) and my particular favourite of the mains was the beef in black pepper sauce, but I had a clean plate so clearly enjoyed all that was on offer (chicken in garlic wine, prawns in delicate sauce & egg fried rice)!

Two things I want to mention in particular – The Honeymoon has a great white wine menu!  I only tried the sauvignon blanc at £17.50 a bottle but it also had picpoul and Vouvray wines on offer which you don’t often see in a high street Chinese restaurant; secondly, in a world where we are frequently reminded of food waste, I thought the portions were spot on, just right. There was enough for everyone but not too much, which appealed to my Hugh Fearnley-Whittingstall side.

So, I definitely enjoyed the food & wine.  Now onto the main event – Elvis!  The Elvis impersonator (Scott Elvis) seemed authentic to me – when I shut my eyes, he definitely did sound like the man himself!  And many of the Elvis fans there seemed to think so too, dancing alongside him whilst he crooned.

We had the whole back catalogue of Elvis hits, regular serenading which, rather than being embarrassed about we became accustomed to and a costume change, from GI Elvis to a leather clad King.

It was a really fun night, great value for money and there was talk of it becoming an annual thing.  The mistakes of my youth have been replaced by happy memories of good food and good fun.

Whoops! Forgotten about Father’s Day? Here are some ideas…